Disney Friendship Boats service two different areas at the Walt Disney World Resort. First, the Friendship boats service the Epcot Resort Area, where they travel back and forth from Epcot to Hollywood Studios while stopping in at each resort.

Another set of Friendship boats regularly cross the World Showcase Lagoon inside Epcot daily. These boats have four different transfer points around the lagoon.

This review will cover how the Disney Friendship boat system works. I’ve taken these routes many times and enjoy sharing these experiences to help you plan.

If you stay in the Epcot area resorts as a guest, you’ll want to familiarize yourself with this convenient form of transportation. Additionally, anyone planning to do any park hopping on their Disney vacation can use the boats to travel from one theme park to another.

The Disney resort boat service that travels between the resorts and theme parks has a particular route daily. Once you get this ride pattern down pat, you’ll have a good idea of how to best use the Disney Friendship Boats.

One route starts at Epcot and travels to Hollywood Studios. The other route begins at Hollywood Studios and ends up at Epcot. The boats running will continually pass each other throughout the day on the waterway. Each boat actually follows the same route. They change directions when arriving at a theme park.

Per the Disney website here, hours of operation vary subject to water and weather conditions. Typically, in favorable conditions, the boats begin running from 8:30 a.m. until about one hour after the park closes.

Make sure to check the hours of operation during your visit. They should be posted at your resort, along with any other hours for available transportation.

Anyone staying or visiting one of the following resorts will probably want to use the Disney Friendship Boat service.

The Friendship Boats in this area run two different ways. One direction will start at Disney’s Hollywood Studios and eventually end up at Epcot after making the above-listed stops.

The other direction is vice versa, starting at Epcot and making the rounds to Hollywood Studios. You can join the boat service at any one of these docks. A specific side or line at each resort boat stop indicates which boat you might want to take to get to your destination.

In the picture below, you will see two boats at the Yacht Club boat stop. Each boat is docked, dropping off guests and then picking up new ones. The one we see closest to us has arrived from Disney’s Boardwalk Inn and will stop at the Swan and Dolphin hotels next, before arriving at Hollywood Studios.

There is a platform surrounding the lighthouse where you will wait to board a Friendship Boat to your desired destination. It’s a decent size area, and each side of the platform has a sign indicating where the boat is traveling.

The left-hand side will head to Epcot. But before traveling to Epcot, it will cross the lake and stop for guests at Disney’s Boardwalk Inn.

Therefore, if you would like to visit the Boardwalk without having to walk over, you’ll take the Epcot boat and depart at the Boardwalk stop. This is an easy alternative for going back and forth between Disney’s Yacht and Beach Club to the Boardwalk Inn.

Sometimes you might prefer to take a boat over to the Boardwalk for dinner. Then enjoy a nice casual stroll back to either Beach or Yacht Club. If you would like to know more about either of these two resorts, I have a full review of Disney’s Beach Club. And there is a separate Yacht Club Resort review for those that would like to learn more about the sister resort.

Our next stop along the Friendship boat route is Promenade Pier at Disney’s Boardwalk Inn. Below, there’s a look at the boat dock during the evening. You’ll find it located in the center of the Boardwalk.

For more information about all the amenities at this resort, check out the full review of Disney’s Boardwalk Inn.

Disney’s Friendship Boat at the Swan and Dolphin Resort

Next, we’ll take a closer look at the Friendship boat dock at the Walt Disney World Swan and Dolphin Resorts. These resorts are a little unique because Disney doesn’t operate them.

One of the differences between this resort and others is that they don’t offer Disney’s Magical Express. However, by the end of this year, Disney will no longer be offering the Magical Express service from the airport.

Additionally, the Swan and Dolphin hotel quit using Disney’s bus transportation to the parks. They still offer a shuttle bus to the parks, but it’s not through Disney. Guests of these resorts can still take advantage of complimentary parking at the theme parks.

If you visit the Swan and Dolphin, they have actually put up several new signs around the resort explaining transportation options. I find these to be extremely guest-friendly and wish they were available at all of the Disney resorts.

The Friendship Boat dock at the Swan and Dolphin sits on the bridge between the two resorts. On the right-hand side you can board to go directly to Hollywood Studios.

Guests wanting to go to Epcot will first have to stop at Yacht and Beach Club and then Boardwalk before heading to the park.

I have a tip to shorten your trip for those of you who might be heading back to the Boardwalk Inn from Hollywood Studios. The first stop on the way back from the Studios is the Swan and Dolphin. Guests of the Boardwalk can exit here and walk across the bridge to enter Disney’s Boardwalk area. This will eliminate having to stop at the Yacht and Beach Club, saving about 10-15 minutes versus a few extra steps.

This is the bridge between the Swan and Dolphin and Disney’s Boardwalk Inn.

The only thing I should probably mention is that along with the few extra steps the bridge does have a small incline on either side.

Below is an opposite view of the landing dock for the Friendship boats at the Swan and Dolphin. If you are unfamiliar with the area, the Dolphin is the triangular hotel to the right. The Swan is the hotel to the left. The bridge joins the two properties.

You might especially enjoy taking a walk around this area in the evening. It’s extremely peaceful and beautiful. For more information about this resort, make sure to check out the full Disney Swan and Dolphin hotel review.

After exiting the Swan and Dolphin Resort, our boat continues to its last stop at Disney’s Hollywood Studios. This Friendship Boat will stop at Hollywood Studios theme park to unload and reload before making its way back in the opposite direction.

As you can see in the photo below, the line can be very long at certain times of the day. However, the boats actually do tend to hold a decent amount of guests.

Here is a quick look inside one of the boats. Disney has installed these plastic barriers between each row to help with social distancing.

Additionally, a few guests can sit in the back row. But at this time, those exterior seats are limited to the right and left sides only.

For those of you who might be interested in taking the Disney Skyliner to Epcot, you could also board it at Hollywood Studios and take it to Caribbean Beach. There you would exit and reboard the Epcot line. I wouldn’t necessarily do this over the Friendship boats to save time.

This entrance is shared with guests of the Epcot Resorts or those arriving from the Skyliner resorts. Guests park hopping from Hollywood Studios also come through this way.

In addition to the boats in the Epcot Resorts area, you will find a separate Friendship Boat transportation option within Epcot.

These boats travel from both sides of the World Showcase Plaza. If you face the Plaza, the right side (towards Canada) departs and heads to Morocco.

This picture below indicates the boat dock where you’ll end up.

The left side of the plaza (towards Mexico) departs and heads over to Germany. These Friendship boats can save you quite a few steps if you are looking to go to specific destinations in the World Showcase.

However, they probably won’t save you much time unless you were to happen upon one that’s departing. Most will want to walk around the World Showcase while touring. But if you do find yourself in need of this service, by all means, take advantage of it.

Keep in mind that Epcot normally has a fireworks show on the lagoon every evening. On a standard schedule, these boats typically run from around 11:00 a.m., and the last boat departs across the lagoon around 7:30 p.m.

*At this time, the park hours and schedules are reduced from what we all know to be normal. Fireworks are not a thing at the moment but should return at some point in the future.

The Friendship Boats are a great way to get around the Epcot Resorts area. This is true, especially if you aren’t familiar with the area or your first time staying. The boats are also a wonderful solution for traveling with small children who might be worn out at the end of the day.

The Disney transportation system is quite large. Knowing all of your transportation options in advance will be a tremendous benefit for your vacation.

I have a similar review that covers how to use the Magic Kingdom ferry and the resort boats in that area.

Additionally, those staying in the Magic Kingdom resorts area will want to learn how the Disney World Monorail service works or how to get to Disney Springs.

And anyone staying at Riviera, Pop Century, Art of Animation, or Caribbean Beach will need to know how to use the Skyliner at Disney.

This review was last updated in March of 2021.

Amber is the owner and author of Resorts Gal.  She spends over 100 days on average every year visiting the Walt Disney World Resorts and surrounding Orlando area. 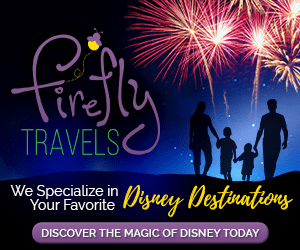